Pastor Derek is a native Ohioan, growing up in Newcomerstown.  He received his undergraduate degree from Kent State University and his Master of Divinity from Ashland Theological Seminary. Prior to coming to The Church in Aurora, Derek was an ordained Elder in the United Methodist Church.

Derek’s pastoral duties began as a Youth and Associate Minister in Newcomerstown. He’d go on to serve churches in Ashland and Ravenna.

“My family and I are thrilled to be serving God and The Church in Aurora. The church’s long history of practicing grace is a witness to God’s character and God’s desire for the local church.  I am delighted to be an active part of the Aurora community and exploring ways that The Church in Aurora can continue its legacy of bearing witness to the love of God.”

Pastor Derek and his wife, Jenna, have two children: Wesley and Hallie. 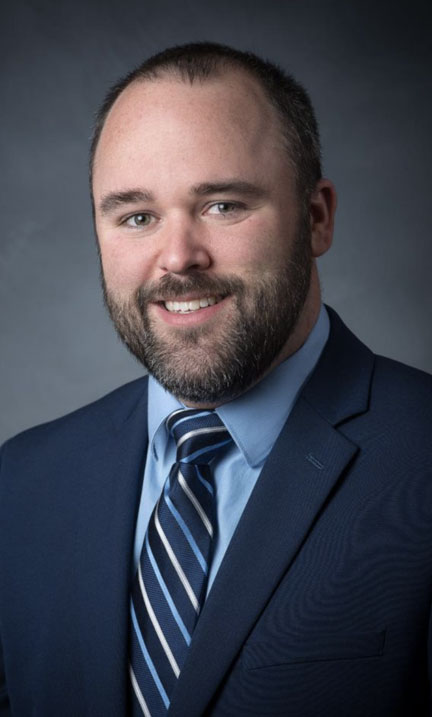 Kevin is a native of northeast Ohio where he attended the University of Akron and earned a degree in Elementary Education. After teaching for several years, he entered Gordon-Conwell Theological Seminary in Massachusetts where he received a Master of Religious Education degree in 1981. That summer, Kevin was called to The Church in Aurora, to serve as the Director of Christian Education—a non-ordained position responsible for church programming outside of the Sunday morning worship services for all ages.

As this role continued to expand, he enrolled part-time at Ashland Theological Seminary where he completed his Master of Divinity degree in the spring of 1988. Ordained by the Presbyterian Church, USA in 1989, The Church in Aurora extended a call to Kevin to serve as the Associate Pastor. He continues to serve in this capacity with an emphasis on pastoral care, education and details. His personal job description is to, “Love God, love people and bring the two together.”

Kevin and his wife, Kathleen, are proud parents and grandparents. When his free time affords, Kevin “plays” in the local Aurora Community Theater, located across the street from the church. 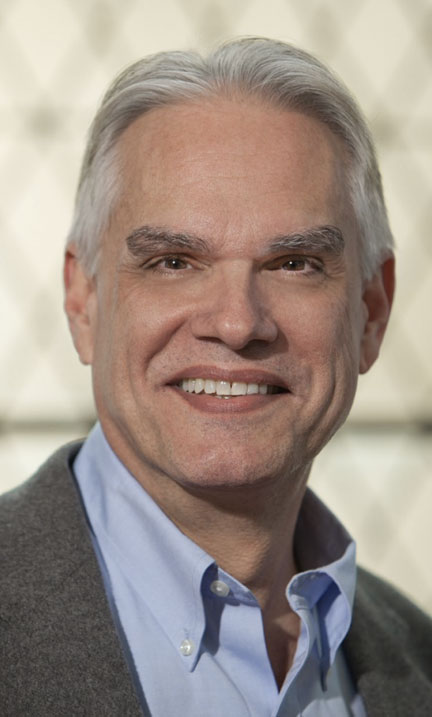 Liz was born and raised in Aurora, having attended The Church in Aurora since childhood. She is overjoyed to be serving our church, which has served her well for many years. She received her Bachelor of Arts Degree in Sociology from Ohio University in 1995.

After having taught Sunday School at The Church in Aurora for many years, Liz became the Director of Christian Education and Youth in 2014. In 2020, her role expanded, as she worked with several Aurora community organizations to create the Aurora Community Relief ministry.  With this ministry, persons in need are provided with food and living assistance.

To work with the people of this church to become true disciples of Christ is such a blessing for Liz…a lifelong passion.  Her personal goal is to spread the word that God’s love is huge and available to everyone.

Liz currently lives in Aurora with her husband, Josh, and three children – Ben, Sam, and Chloe. When she is able, Liz enjoys reading, traveling, and skiing. 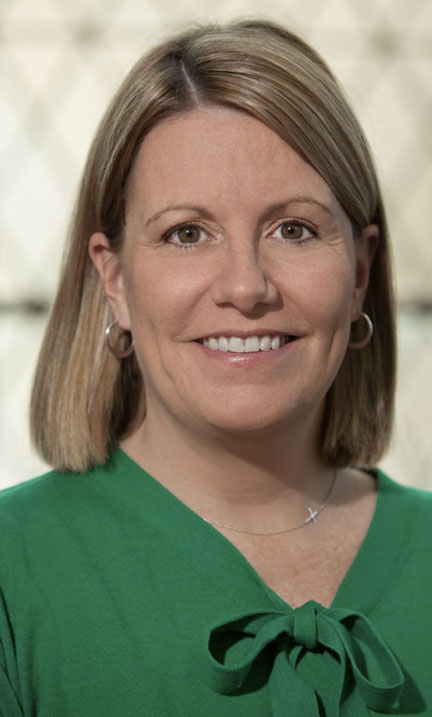 Pat is a life-long educator and faithful servant. Her 30+ years of elementary education experience makes Pat a perfect fit in this role. Having served the majority of her teaching career at James A. Garfield Local School District in Garrettsville, Pat is familiar with the area. She even completed her student teaching here in Aurora. Additionally, Pat brings Christian education proficiency, having served in the roles of Christian Education Director, Youth Group Leader, VBS Director and Sunday school teacher at her home church, Garrettsville United Methodist.  Pat lives in Auburn Township and has four grown children. 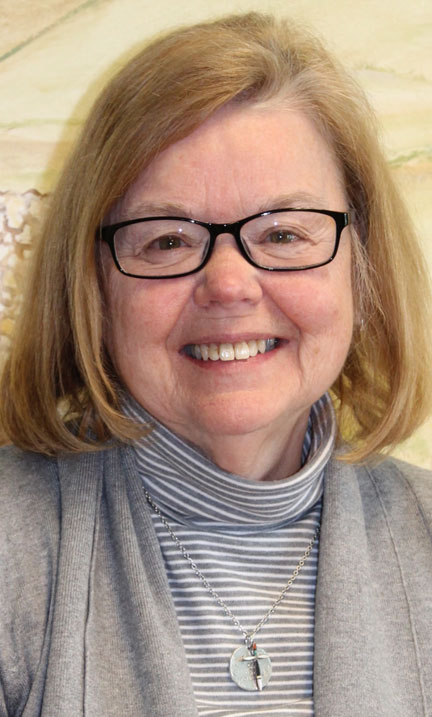 Zelma joined our TCIA staff in the fall of 2021, after spending 24 years as a church secretary at First United Methodist Church in Ravenna. She brings a wealth of knowledge, a compassion for people, and a passion for her faith.

Zelma and her husband, Reg, have two adult daughters.

In her spare time, Zelma enjoys volunteering with local support organizations, reading, and travelling to visit her grandson in the Columbus area. 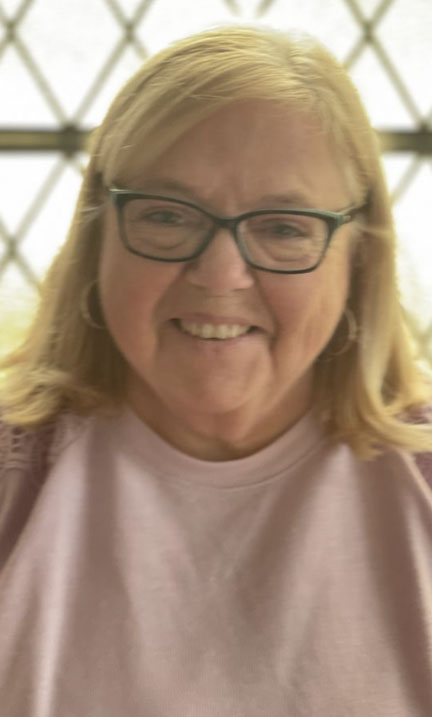 Ross is a choir director, music theorist, and multi-instrumentalist from Akron, OH. He grew up alongside three music-loving brothers in Stow, and graduated from Stow High School in 2013. He then attended Kent State University, where he received his bachelor’s degree in music education in the Fall of 2017. During his later teen and early adult years, Ross frequently performed live music at local concert venues, as well as travelling as far as Long Island, NY to perform original music. His experience performing choral music includes singing tenor for such groups as the Cleveland Orchestra Chorus, the Kent State University Chorale, the Nova Jazz Singers, and various chamber ensembles.

Following his undergraduate education, Ross has taught music in many capacities. He served as the Pre-K-8 music teacher at St. Joseph Parish School in Cuyahoga Falls his first year out of college, and has been directing the choirs at Streetsboro City Schools since then. He also teaches private music lessons on instruments such as piano, guitar, bass, drums, and voice. In the Summer of 2019, he served as head music teacher for the Kosciuszko Foundation’s “Teaching English in Poland” arts camp — it was here that he proposed to his wife, Mackenzie Downing. Ross has also spent multiple summers teaching music at the Salvation Army in Akron.

In the Spring of 2020, Ross graduated with a master’s degree in music theory from Kent State University. He uses his knowledge of music theory to write curriculum for his high school and private theory courses, as well as to educate his ensembles on the science of music. Above all else, Ross is a high-energy, fun-loving individual with a tremendous passion for music and people. 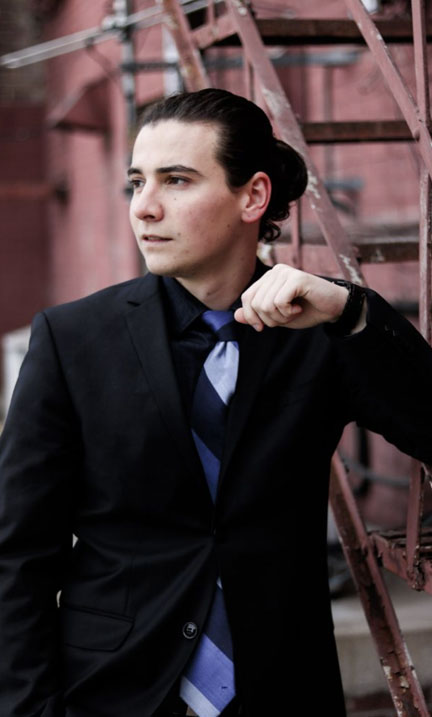 Sheryl is a native of the Buckeye state and has lived here her entire life.

She holds a business degree from Malone College and has 20 plus years of church accounting experience.  In addition to her work here, Sheryl serves as the Treasurer of the Canal District of the United Methodist Church and keeps the books for two other churches.

When not crunching numbers, Sheryl can be found outdoors on the ski slopes or a bike trail, dependent upon the weather.  She serves as patrol for both of these recreations, in that she ensures that other skiers or riders are safe.

Sheryl resides in Hudson with her husband Tom.  They have two adult twin daughters. 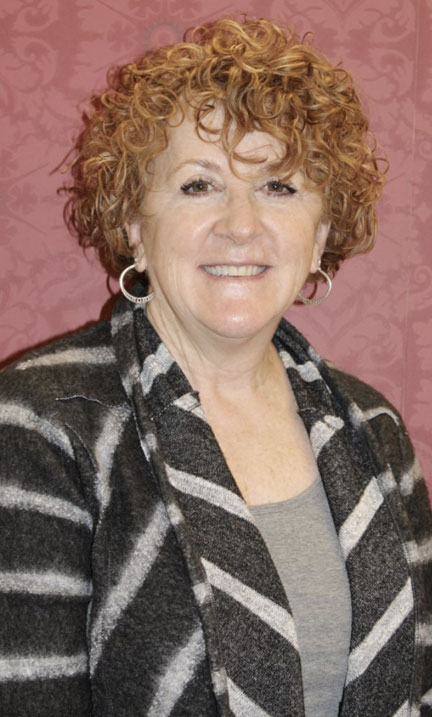 Sandy is no stranger to making music, having played at several churches for more than 50 years with her longest tenures at Hiram Christian Church and St. Martin’s Episcopal Church.  One of her greatest joys is playing Baroque (Bach and Handel) and Renaissance music, which she did for some time in a group with friends made in college.  They performed at weddings and parties for about 20 years.

Speaking of college, Sandy is a graduate of Hiram College, and served as a long-time adjunct professor of music there.  Sandy was married to her husband, Jack, a Hiram graduate for 51 years, prior to his passing in 2018.  She has two grown daughters and one granddaughter. 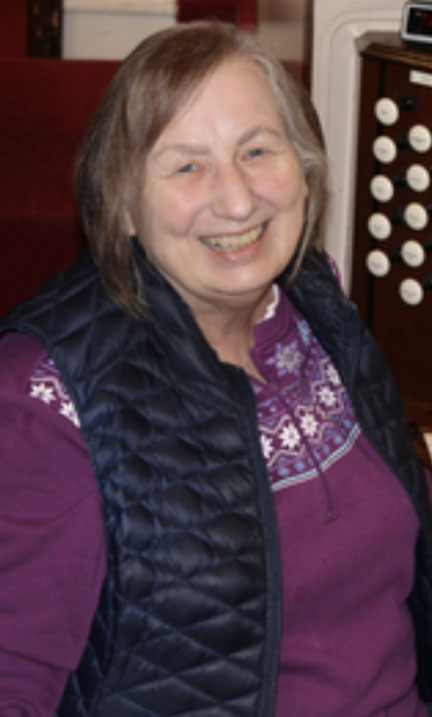